Measured in a cell proliferation assay using D10.G4.1 mouse helper T cell. The ED50 for this effect is less or equal to 0.04 ng/ml. 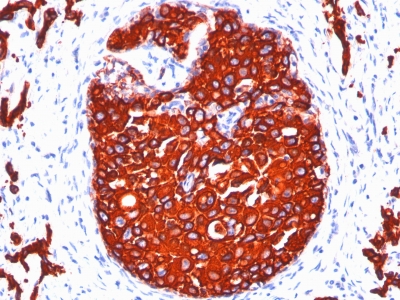