Download TDS / Manual
Source : Human Cells;
Matrix metalloproteinases are a family of zinc and calcium dependent endopeptidases with the combined ability to degrade all the components of the extracellular matrix. MMP-9 (gelatinase B) can degrade a broad range of substrates including gelatin, collagen types IV and V, elastin and proteoglycan core protein. It is believed to act synergistically with interstitial collagenase (MMP1) in the degradation of fibrillar collagens as it degrades their denatured gelatin forms. MMP-9 is produced by keratinocytes, monocytes, macrophages and PMN leukocytes. MMP-9 is present in most cases of inflammatory responses. Structurally, MMP-9 may be divided into five distinct domains: a prodomain which is cleaved upon activation, a gelatinbinding domain consisting of three contiguous fibronectin type II units, a catalytic domain containing the zinc binding site, a prolinerich linker region, and a carboxyl terminal hemopexinlike domain. 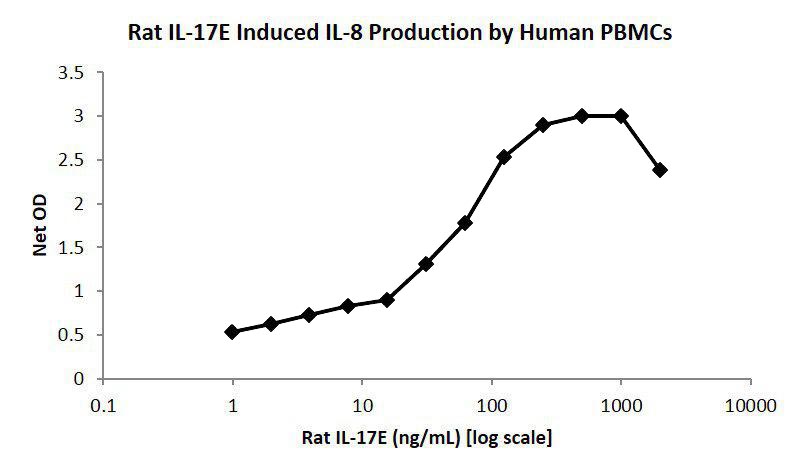