Download TDS / Manual
Source : Human Cells;
Ectonucleoside triphosphate diphosphohydrolase-1(NTPDase-1) is an integral membrane protein with an extracellular active site. NTPDase-1 was originally described as CD39, a B lymphocyte cell surface marker. But it is also present on the surface of natural killer cells, T cells, and some endothelial cells. NTPDase1 hydrolyzes the Beta-andgamma phosphate residues of nucleotides, preferring ATP as the substrate. Through its hydrolysis of extracellular nucleotides, NTPDase-1 plays a role in the regulation of purinergic signaling. NTPDase-1 is involved in the processes of thromboregulation and vascular inflammation. The administration of soluble NTPDase-1 may have therapeutic applications for the treatment of some vascular and transplantation-associated diseases. 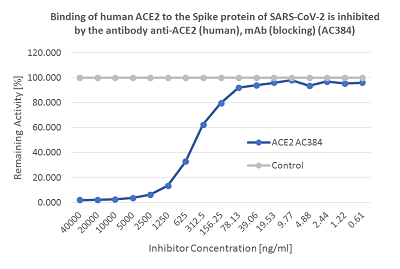