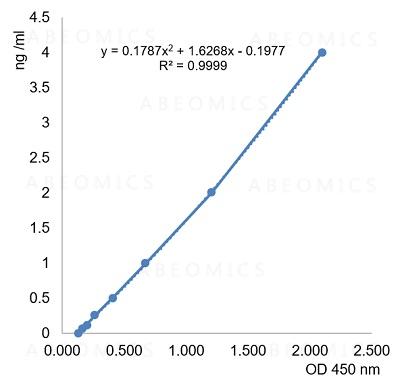 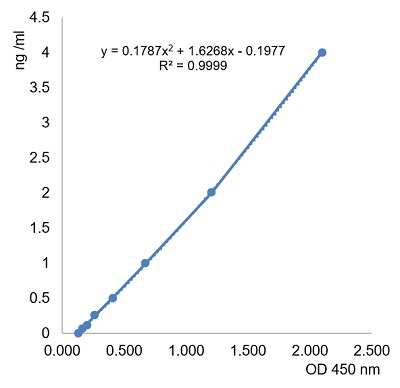 Detects human ACE2 in serum, plasma, urine and cell culture supernatant.Human ACE2 gene, localized in X chromosome, encodes for a 805 amino acid protein with an N-terminal signal sequence, a metalloprotease zinc binding site (HEMGH) and a hydrophobic region near the C-terminus acting as a membrane anchor (transmembrane domain). Angiotensin-converting enzyme 2 (ACE2) is a type I transmembrane metallocarboxypeptidase within the renin-angiotensin system (RAS), which plays a key role in blood pressure regulation, fluid and electrolyte balance, thirst, cardiac/renal function and growth. ACE2 is expressed on the cell surface of type 2 alveolar epithelial cells in the lungs as well as on cells in many other tissues. ACE2 shares approximately 60% homology with ACE, the other key enzyme of the RAS system. ACE2 converts angiotensin II (Ang II) into Ang (1-7), which acts on the Mas receptor and plays a role in cardiovascular disease to lower blood pressure through vasodilation and by promoting kidney sodium and water excretion, but also to lower inflammation. The effects of ACE2 directly oppose those induced by ACE-Ang II signaling, whereby ACE converts Ang I into Ang II, which increases blood pressure by inducing vasoconstriction, increasing kidney reabsorption of sodium and water and promoting inflammation.

ACE2 has been identified as a key receptor on target cells for SARS-CoV infections in 2002. ACE2 functions as the entry receptor of the new SARS-CoV-2 coronavirus that emerged in China in 2019 and is the cause of the new disease COVID-19. Strong binding of the spike protein of SARS-CoV-2 to ACE2, along with proteolytic cleavage of ACE2 by transmembrane serine protease 2 (TMPRSS2), facilitates entry of the virus into cells, viral replication and cell-to-cell transmission.

ACE2 can undergo an ADAM17 (a disintegrin and metalloproteinase 17)-mediated shedding from endothelial cells, resulting in the release of the ectodomain into the circulation. This soluble form may act as a competitive interceptor of SARS-CoV-2 and other coronaviruses by preventing binding of the viral particle to the surface-bound, full-length ACE2. Soluble ACE2 might also be used as biomarker of hypertension and cardiovascular diseases. 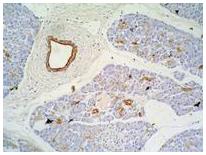 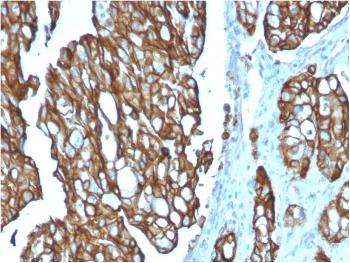 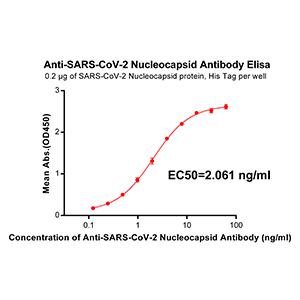 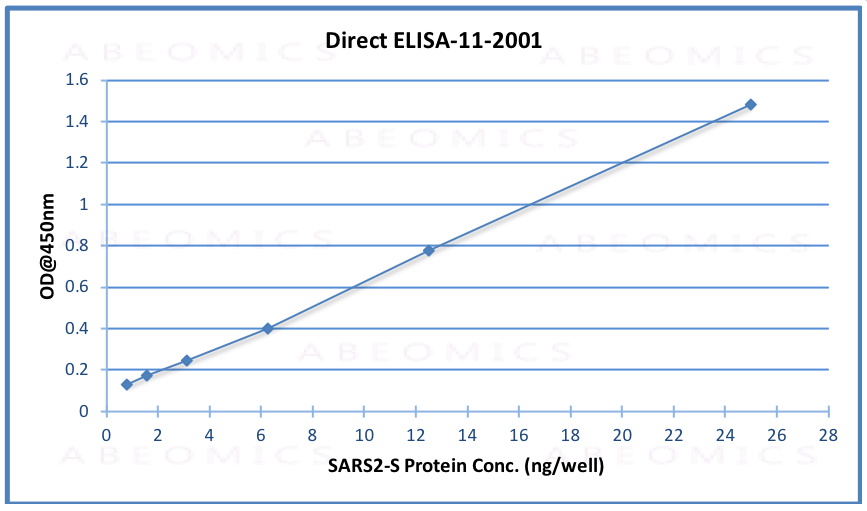