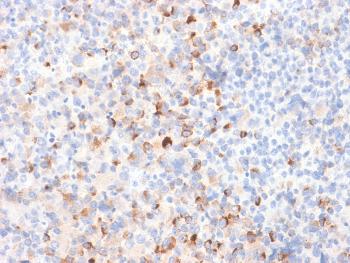 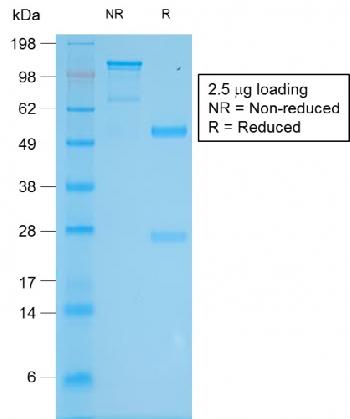 Download TDS MSDS
Recognizes a cluster of proteins between 70-80kDa, identified as tyrosinase. Occasionally a minor band at 55kDa is also detected. This MAb shows no cross-reaction with MAGE-1 and tyrosinase-related protein 1, TRP-1/gp75. Tyrosinase is a copper-containing metalloglycoprotein that catalyzes several steps in the melanin pigment biosynthetic pathway; the hydroxylation of tyrosine to L-3,4-dihydroxy-phenylalanine (dopa), and the subsequent oxidation of dopa to dopaquinone. Mutations of the tyrosinase gene occur in various forms of albinism. Tyrosinase is one of the targets for cytotoxic T-cell recognition in melanoma patients. Staining of melanomas with this MAb shows tyrosinase in melanotic as well as amelanotic variants. This MAb is a useful marker for melanocytes and melanomas.

Immunohistochemistry (Formalin-fixed) (0.5-1µg/ml for 30 minutes at RT)(Staining of formalin-fixed tissues requires boiling tissue sections in 10mM Tris with 1mM EDTA, pH 9.0, or 10mM Citrate buffer, pH6.0, for 10-20 min followed by cooling at RT for 20 minutes)Optimal dilution for a specific application should be determined. 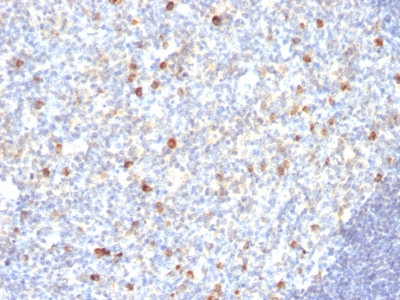 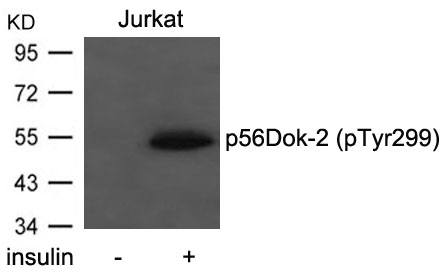 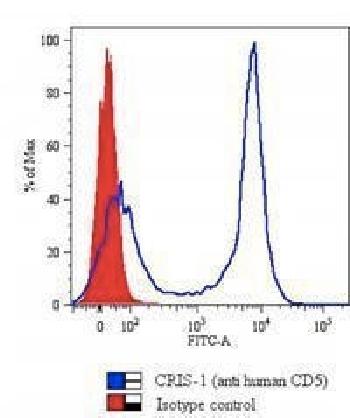 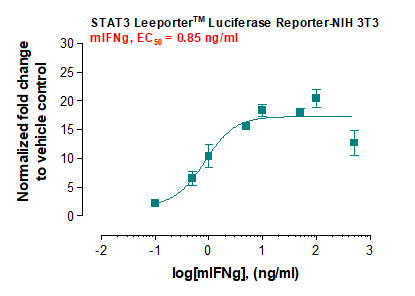